This is one of our customers, named Mohd Azry, that came to IPRO Ampang to receive our repair service. He was using an iPhone 5S, and he came with a dysfunctional rear camera. 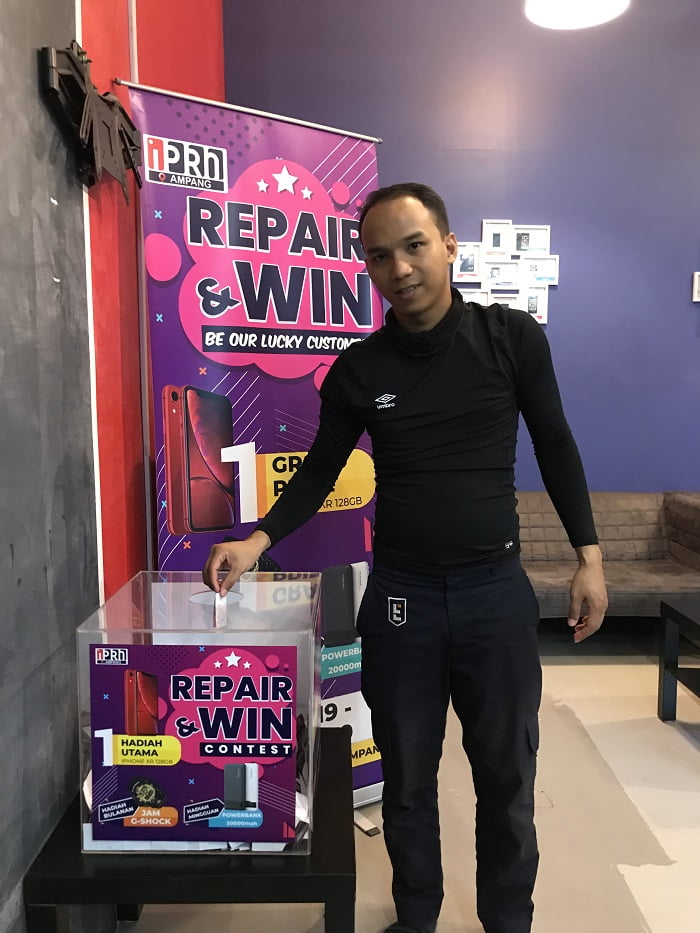 He was handled by one of our technicians named Arif. After handed his iPhone to Arif for inspection, Arif opened his Camera App to confirm of this problem. Arif then asked if he had dropped his phone before this problem occured. Mr Azry nodded and told that he dropped his phone plenty of times but didn’t aware of this problem. He told that he never experienced any problem relating to camera as he only sent his phone to replace his LCD and battery and nothing else so he wondered what was the cause of it.

After assembling the phone, Arif turned the phone back on to test the functionality of the rear camera, unfortunately it was still showing blank. Arif then replaced the rear camera with a new one and tested for one more time. It was then confirmed that Mr Azry’s camera was faulty and required a replacement. He then agreed for the replacement that took only 10 minutes. He was satisfied that his rear camera was now working fine. He was also applicable to join our Repair&Win lucky draw contest! Thank you for being such a good sport, Mr Azry!