Greetings to my fellow readers! For today’s repairing post I would like to share with you about a phone problem that is faced by one of our customers named Mohd Kamil Yusof. The problem that he was dealing with is a cracked screen on his Huawei Nova 4E. 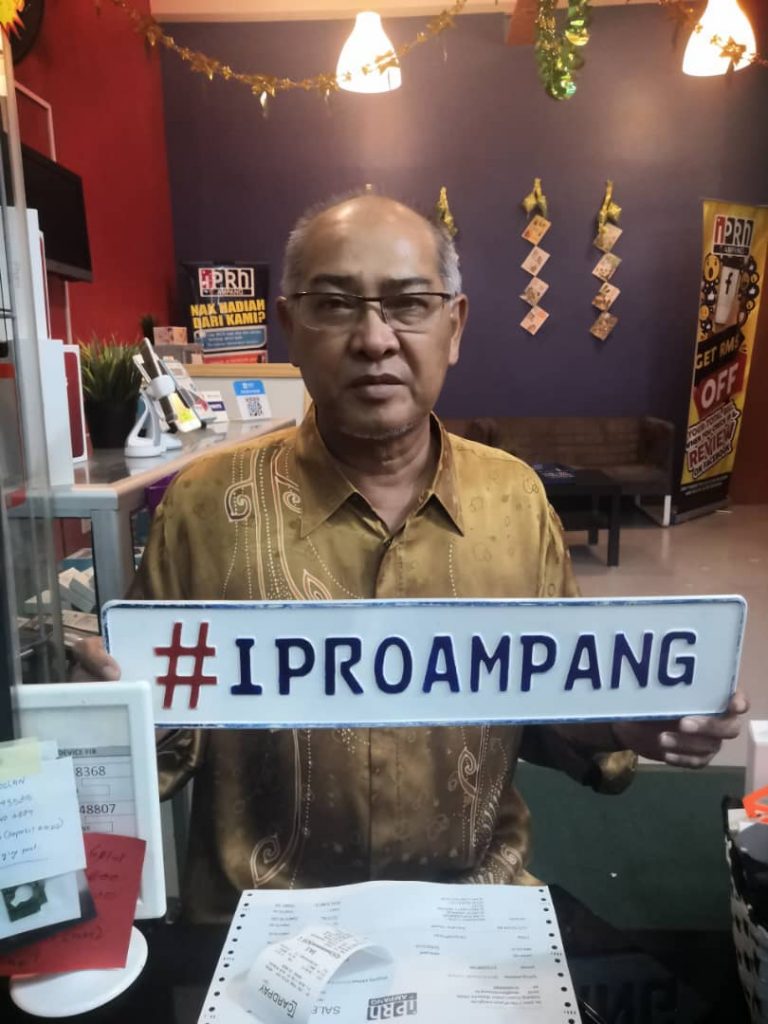 Mr. Mohd Kamil Yusof had a cracked screen of his Huawei Nova 4E and did an LCD replacement here at IPRO Ampang.

On one fine evening, Mr. Mohd Kamil came to IPRO Ampang and he was greeted by one of our friendly customer named Mahzuz. Mr. Mohd Kamil sat in front of Mahzuz before he handed his phone for inspection. He began telling Mahzuz about how he got his phone screen cracked.

It happened a few days ago at his home while he was using his phone, surfing the internet and reading news online, the phone slipped from his grip and experienced a drop from quite a height. As he bent over and picked his phone up, he found out that the screen was cracked. Even that the screen is badly shattered, the phone was still able to show display and it also still responded to touch.

He asked Mahzuz if only the glass replacement is possible, instead of replacing the whole piece altogether since it was still functioning. Mahzuz explained that we did not do any glass replacement for Androids as it was a intensely delicate procedure and only the whole LCD replacement is recommended. After a discussion being made by both Mr. Kamil and Mahzuz, Mr. Kamil agreed to replace the LCD which took about 1 to 2 hours of process.

Mahzuz began by checking the charging reading of the current flowing into the device to detect if there is any abnormal reading; abnormal reading reflects that there might be a motherboard problem that requires a full diagnostic checking procedure that will take approximately 3 days.

After confirming the normal reading of the charging, Mahzuz later removed the screws located at the bottom of the phone and sim tray before the disassembly process can be done. A proper amount of heating is needed to remove the back glass of the phone and it needs to be done in precaution to avoid from tearing the flex cable of the fingerprint feature. After the back glass is successfully removed,

Mahzuz removed all the screws, plates and parts that are attached on the motherboard to test the new LCD before it is permanently installed to Mr. Kamil’s phone. The testing which includes the touch sensitivity and the screen display are what is given the most attention to. After the testing procedure was done, Mahzuz then installed the new LCD and securing it with glue at the rim of the LCD frame to the chunk of the phone.

The LCD is left for about half an hour for the glue to dry before reassembly process can be finished. After half an hour went by and the phone is perfectly assembled, Mahzuz turned on the phone and again tested for the new LCD screen performance and also the fingerprint feature to make sure everything works as it was, before handed back to Mr. Kamil. Mr. Kamil was given a month of warranty just in case if any problems occurs in the near future, so that he can refer back to us within the warranty period.

He then thanked Mahzuz for his service before making his way to the cashier for payment. Thank you for choosing us as your mobile phone repairing service centre, Mr. Mohd Kamil Yusof.