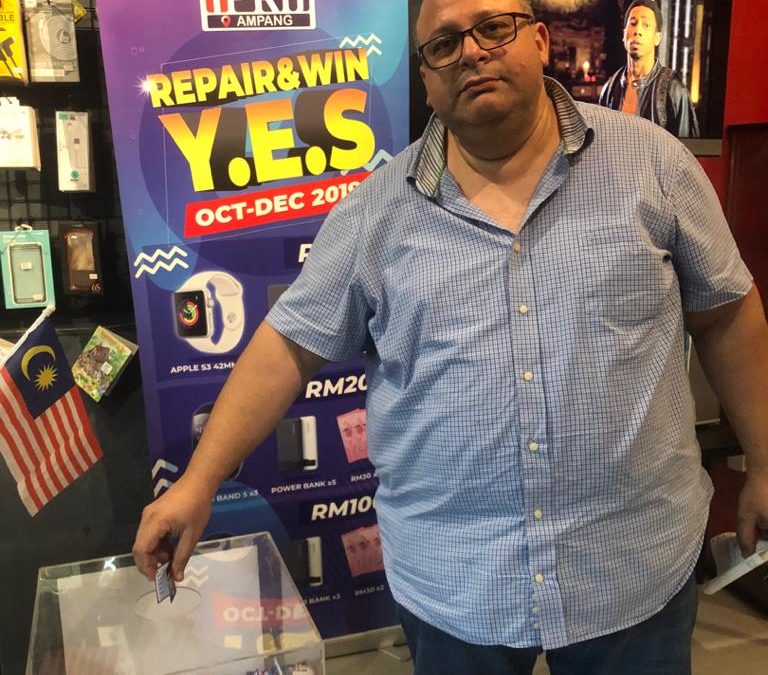 Mr Youssef came to our shop with his iPhone 7 Plus that has battery draining problem. He said that his battery cannot last a day on a single charge so he has to charge his iPhone through out the day. It is totally normal for a phone’s battery to start draining because the battery life will start to degrade. Our technician inspected his iPhone and found out that his battery life was really bad. We suggested him to replace his battery with an YooBao battery. He was really interested to know about this new battery in the market. YooBao battery has an upgraded capacity but in the same physical size as an original battery. YooBao battery for iPhone 7 Plus has the capacity of 3400 mAh compared to the original which is 2900 mAh capacity. The advantage of this battery is that the the battery will last longer but it needed to be recharged for a longer time. He was really interested with this battery agreed to replace with it. The battery replacement was completed in 15 minutes. He was really glad to see his iPhone with a new battery. He also joined our lucky draw contest and stand a chance to win an Apple Watch Series 3. iPhone 7 Plus Battery Draining Repair At iPro Ampang Mr Youssef came to our shop with his iPhone 7 Plus that has battery draining problem. He said that his