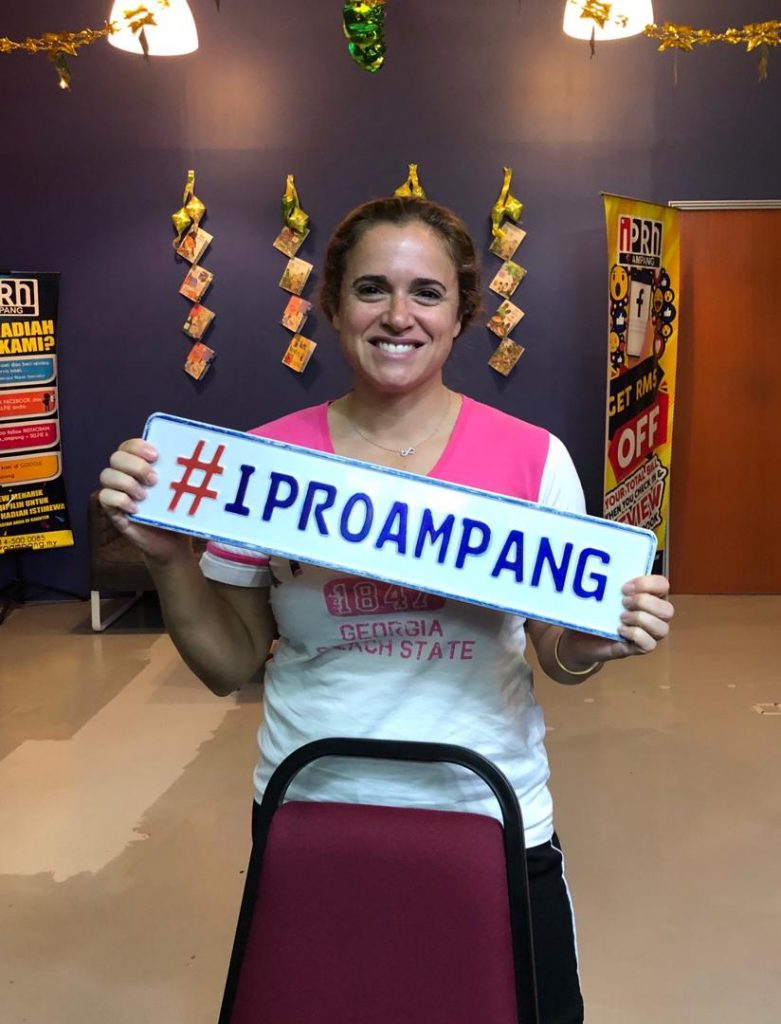 Ms Laura whom got her cracked screen fixed in 30 minutes at IPRO Ampang.

Ms Laura came to IPRO Ampang with a cracked LCD which the touch was still functioning. The only problem she faced was the broken screen which irritates the eye. She was dealing with one of our technicians named Arif. At first she was wondering if it was possible for us to do the glass replacement for her phone. Arif then explained about the risk of doing so, which the OLED display of the LCD could be damaged during repair, so we hesitated to do glass replacement for iPhone X and latter models.

Ms Laura then asked how the drop affected the LCD so badly (well it is an obvious reason itself why most of LCD problem occurred :-P), even though she had a phone case on. Arif explained that the height of the fall might be put into play to be causing the cracked screen and if the phone dropped screen first. Arif added that even if a tempered glass was installed, if luck is not on her side the screen might crack as well, as the tempered glass only could protect the screen from scratches and some minor drop (only if you are lucky!).

After discussion was made between Arif and Laura, she decided to replace her cracked screen with an Original part. Arif told her that the replacement will take roughly about 30-45 minutes, so while waiting for the time passes by she sat and waited at the waiting seat provided, doing her work on her laptop. As soon as Arif disassembled Ms Laura’s iPhone, he tested the new LCD to make sure the sensitivity such as the 3D touch, the resolution of the display matches the genuine part.

After the testing was done, Arif then transferred the screws and the ear speaker from the old LCD to the new one. Right after the replacement was done, Arif applied a tempered glass for Ms Laura as we provided a free tempered glass to our customers that did an LCD replacement. Arif gave the phone one last check of its touch sensitivity and the functionality of the Face ID. After satisfied with the checking, he handed the phone back to Ms Laura.

She then thanked Arif and commented that it was a quite different “feel” of the screen with the tempered glass on, but she was totally fine with it. She also purchased one of our phone accessories which is an adapter that allows to use both earphone jack and to charge at the same time for her iPhone. She then made the payment and thanked the whole IPRO Ampang team before she made her way to exit.

Thank you for choosing us as your phone repair centre Ms Laura and we appreciate your courtesy and for being such a good sport!