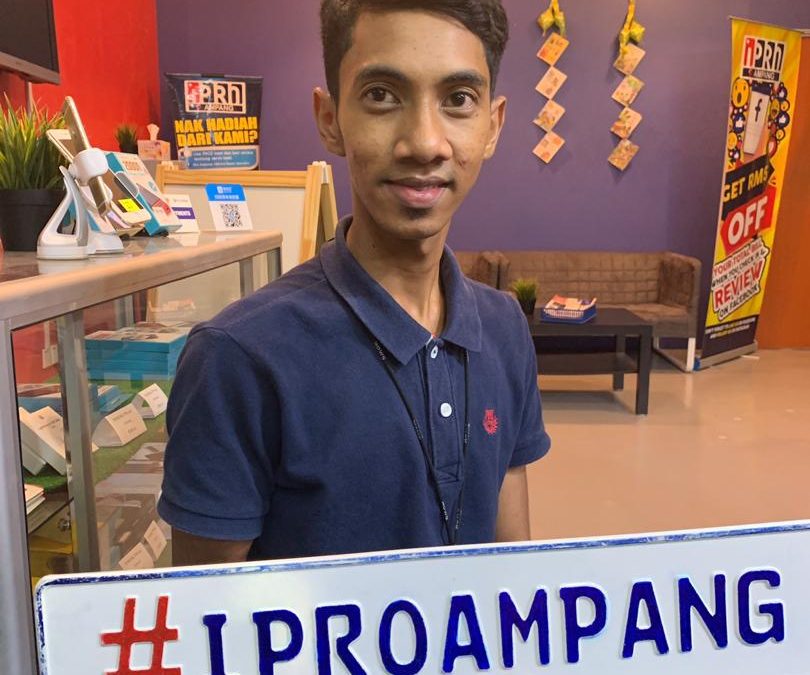 Good evening to my fellow readers! For today’s repairing post, I would like to share with you one of the common problems related to your smartphones. Mr. Azid came to IPRO Ampang to get his iPhone 5S cracked screen fixed. 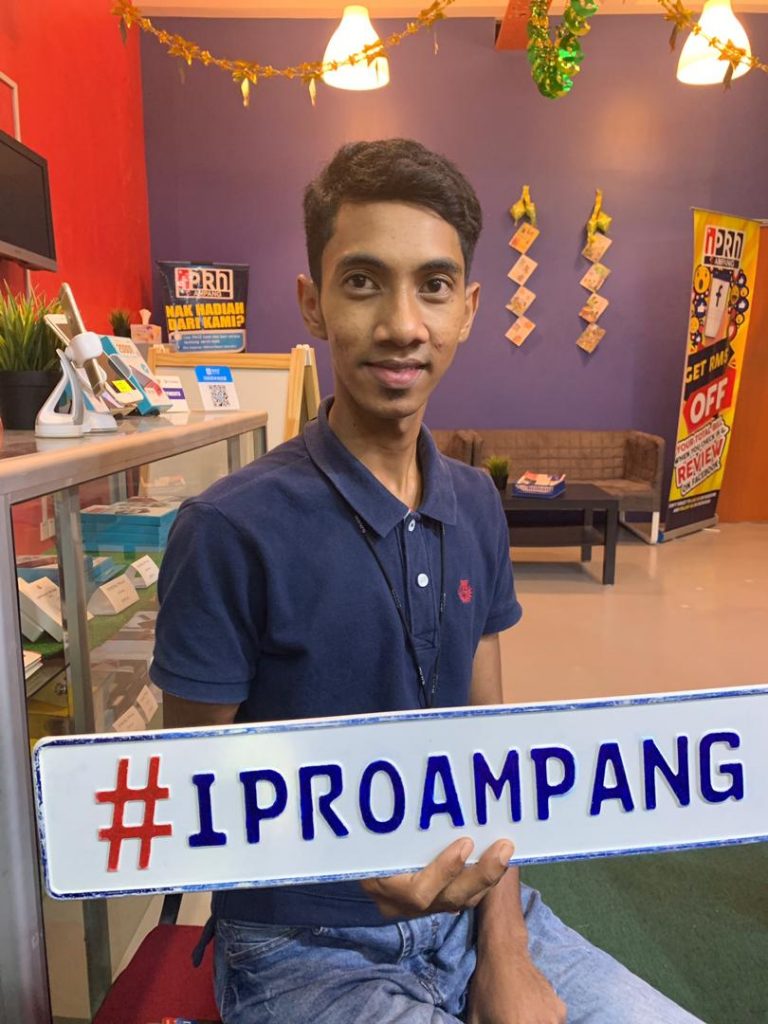 Mr. Azid after getting his cracked screen fixed at IPRO Ampang.

Mr. Azid came to IPRO Ampang on one fine evening and he approached one of our technicians on duty, named Merza, at his seat. He then handed his phone to him for inspection. Upon seeing the cracked screen, It was obvious that an LCD replacement was needed.

Mr. Azid began by telling how did he get his iPhone screen cracked. It happened in his house when he accidentally dropped his phone when he was on a call with his colleague. He added that his phone dropped screen first! First of all, Merza checked the functionality of the screen to finalize the phone problems before any replacement was done.

To start off, Merza switched off the iPhone to avoid short circuit from happening inside the phone. Next was he removed the two screws located at the bottom of the phone, prying the LCD open before separating the LCD and the back shell of it. The prying needs to be done with extra care to avoid the shattered glass to penetrate into the skin as scrutiny bits is hardly to be seen by the naked eye.

The LCD replacement took us 30 minutes to be done where after the replacement took place, our technician checked for the functionality of the parts by making calls to test the ear speaker as well as the microphone that is attached with the front camera flex cables.

The sensor will also be tested to make sure it shut off the screen when your phone is placed on your ear during calls. Before handed the phone back to Mr. Azid, our technician applied a tempered glass for the LCD to prevent the screen from any accidental scratches. Mr. Azid took a glance of his newly installed LCD and used it for a couple of minutes before he made payment at the cashier.

Thank you for trusting us and getting your phone fixed with us. We highly appreciate your time and cooperation, Mr. Azid!