It is brilliant how Apple made this tiny, cute part of an iPhone, the rear camera, installed with the latest and advanced engineering technology. But even with an advanced technology it is still possible for things to go wrong when it is not handled with care.The picture shown below is one of our customers who came with a shaky rear camera, and he’s using an iPhone 6S Plus. He told us that this happened a few days ago when he wanted to take pictures and shoot videos on his iPhone, where it suddenly becomes blurry and shaking uncontrollably. He further explained to our technician that the options or modes for the camera, such as Photo, Square and Video, all are opted out and shaky, except for Slo-mo and Time-Lapse. He also pointed out that even on apps that provide camera taking feature such as Whatsapp, Instagram, Facebook, Twitter and Snapchat is also affected. 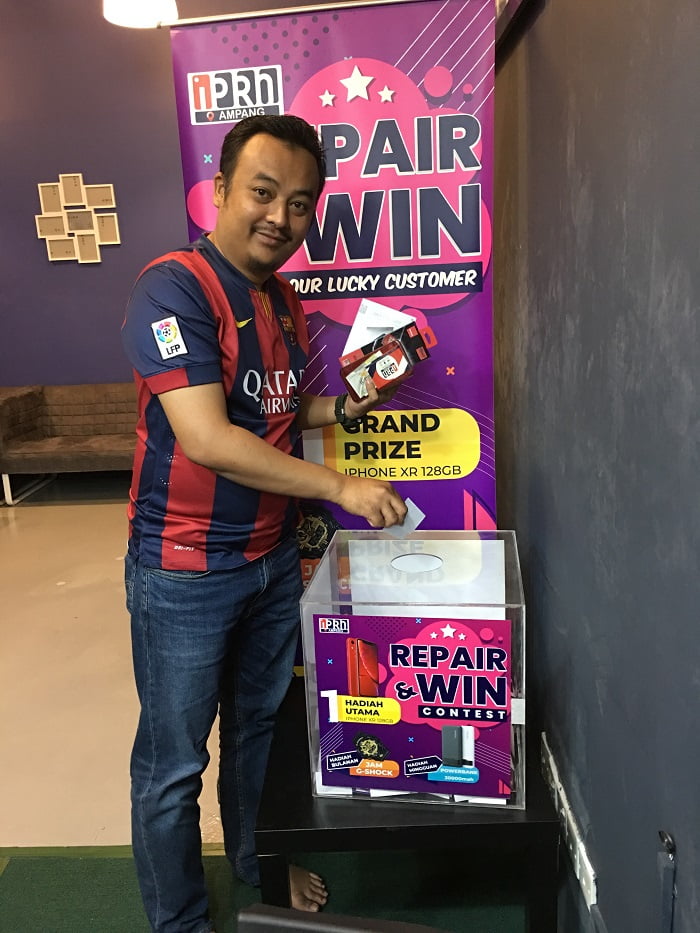 THE CAUSES AND SIGNS YOU’RE HAVING THIS PROBLEM

It’s bizarre of how this could happen to iPhone users as camera is one of the specialty on an iPhone. You can also hear a flickering sound coming from the rear camera. So we would have thought what could be the exact reason for this to happen. If you recently dropped your iPhone, this is probably one of the major cause of this problem. One amazing fact of the iPhone camera that it is made up from the thinnest wires with a size of half of a human hair, which allow the camera to do the auto-focus when shots are taken. The reason for this shaky and shaky and blurry camera is because of the Optical Image Stabilization, or OIS for short. For your information, Slo-mo and Time-lapse mode do not use OIS so that is why these modes seem to be working just fine.

Surprisingly, some people figured out that you can fix this problem simply by placing a magnet opposite the rear camera position, which is at the top right hand side of the screen! But this will fix the camera for only a brief moment and not for long term and of course you would not want to be having the magnet sticking to your screen at all times! You might need a rear camera replacement if you have this kind of problem. This could be the breakage of the wires that control the stabilization of the camera when it take photos (as mentioned above) which are causing this problem and becomes defective. There are a few problems related to the rear camera of an iPhone such as if your camera does not show any display, or in other words, it only displays blank screen as if the camera is blocked by an object. This is more to a software issue than hardware. Some of the out-to-date or BETA version of updates have bugs and issues related to the camera which can lead to a blank camera. This could be if your iPhone does not have the latest version of iOS.

Next, I would like to discuss with you guys about the repairing experience you will get at IPRO Ampang. We are giving a free checking to our customers to determine the problems of your phone. Mr Elmi walked in our shop with two phones with different problems; both are iPhone 6S Plus, one that needs a battery change and the other was this rear camera problem. As I mentioned earlier, Mr Elmi told us that it was frustrating for him him to have this blurry shots every time he takes photos and videos. So he was handled by one of our technician named Arif. First things first that our technician did was when did the problem occurred. Arif asked Mr Elmi if he has dropped his phone recently and he said he did. After exchanging words and hearing his complaints, Arif disassembled Mr Elmi’s iPhone with his permission beforehand, and did testing with a new rear camera to see the functionality of it to avoid faulty parts are plugged in on Mr Elmi’s iPhone. The time taken for us to do rear camera replacements usually take about 15-30 mins only. Mr Emi is also given a 3-month warranty. in case this problem occurs in the future.