Good evening to my fellow readers! Today I would like to share with you one of the common problems that are oftenly faced by every single smartphone users. 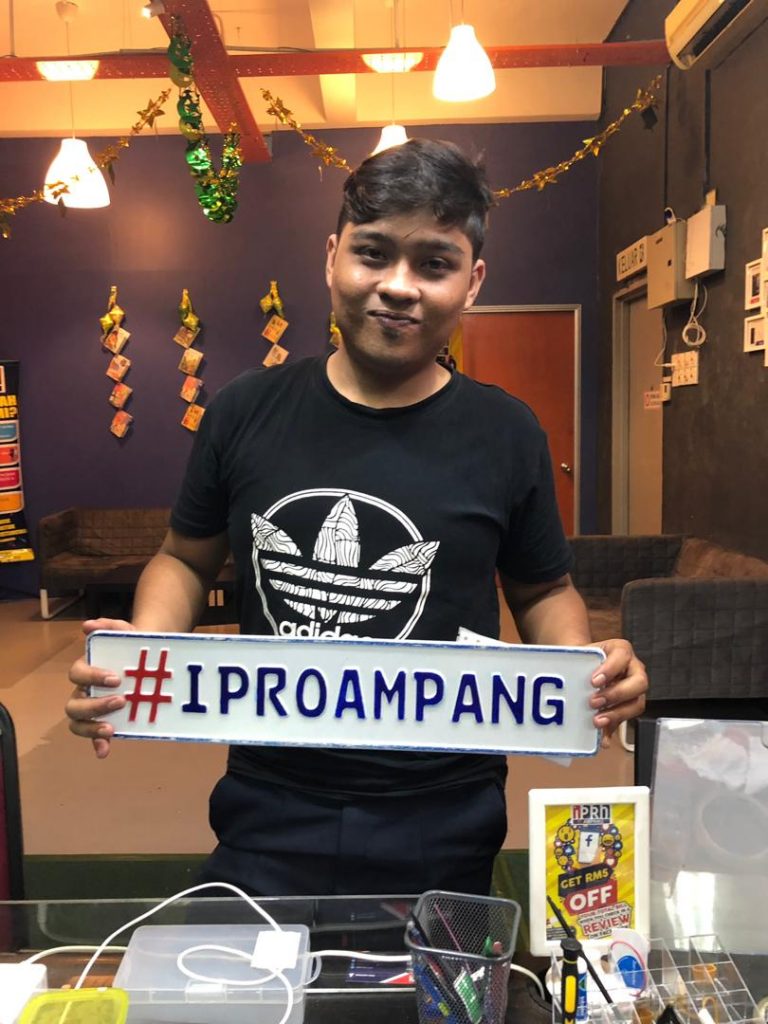 Mr Amirul Ikhwan after getting his LCD replaced and his screen shows display again!

This customer of ours named Amirul Ikhwan, an iPhone 7 Plus user has been facing a quite disturbing problem related to the screen display. He came to IPRO Ampang on one fine evening, where he was greeted by Arif whom is one of the technicians at IPRO Ampang. After he handed the phone for inspection, he began to open up about the occuring problem he faced while watching a movie on his iPhone 7 Plus.

The problem started during the movie when the LCD shutted and showed no display, and he thought it was a part of the movie, but after waited for a few minutes and the sound can be heard, but the display was still not there! He added that he thought to himself that it was a screen problem. He then told Arif that the phone had experiencing a drop, but that was months before the problem happened.

Arif explained to him that the problem of an LCD did not suppose to show in an instant as it will take time for it to be totally corrupted. The condition of the LCD might look fine on the outside but you could not be sure of what was going on on the inside, the scrutiny parts of the LCD which in the driver seat for the display and sensitivity.

Upon inspection, Arif also noticed that the volume-up rocker sank into the body of the iPhone thus causing a malfunction of the button. Arif then did the checking to confirm that this was an LCD problem using a new LCD, the display then came to life. Mr Amirul was given two options, whether to choose for an Original or non-Original part.

He then questioned about the major difference between those two. After Arif stated his opinions about both of the part, Mr Amirul decided to proceed with the non-Original. The LCD replacement only took 45 minutes, but an additional 10 minutes was taken to tighten the screws connected to the volume-up plate that was causing the button problem to occur.

After the LCD replacement was done and the volume button was fixed, Mr Amirul asked for opinions to choose from between the iPhone XS and XR. Arif shared some similarites and differences available on the XS and XR, which they use the same chipset A12 and one of the major differences which is the display, where XS uses OLED display whereas XR uses LCD display. After handed Mr Amirul’s iPhone 7 Plus back to him, he then thanked Arif before made the payment at the cashier.

Thank you for time and for choosing us as your phone repair service centre, Mr Amirul!